Let's do something together!

Call and tell us more about your idea and we will answer all your questions.
Contact: MEDIAM Sp. z o.o., Królowej Jadwigi 104, 30-209 Cracow, Poland

The GREAT DRAGON PARADE is a showcase of Cracow and a tradition that has been attracting thousands of spectators from all over the country for several years. MEDIAM’s participation in this event is also a tradition. It was the eighteenth edition of this iconic dragon parade in Cracow, and yet again MEDIAM contributed to the success of this large-scale event.

The theme of this year’s Parade was the DRAGONS FROM MARCO POLO’S DIARY. On the 2nd and 3rd of June 2018, about forty colorful dragons animated by the actors of Groteska Theater marched the streets of Cracow, accompanied by hundreds of children from all over the country, dressed up as knights and ladies.

Number of times in Cracow 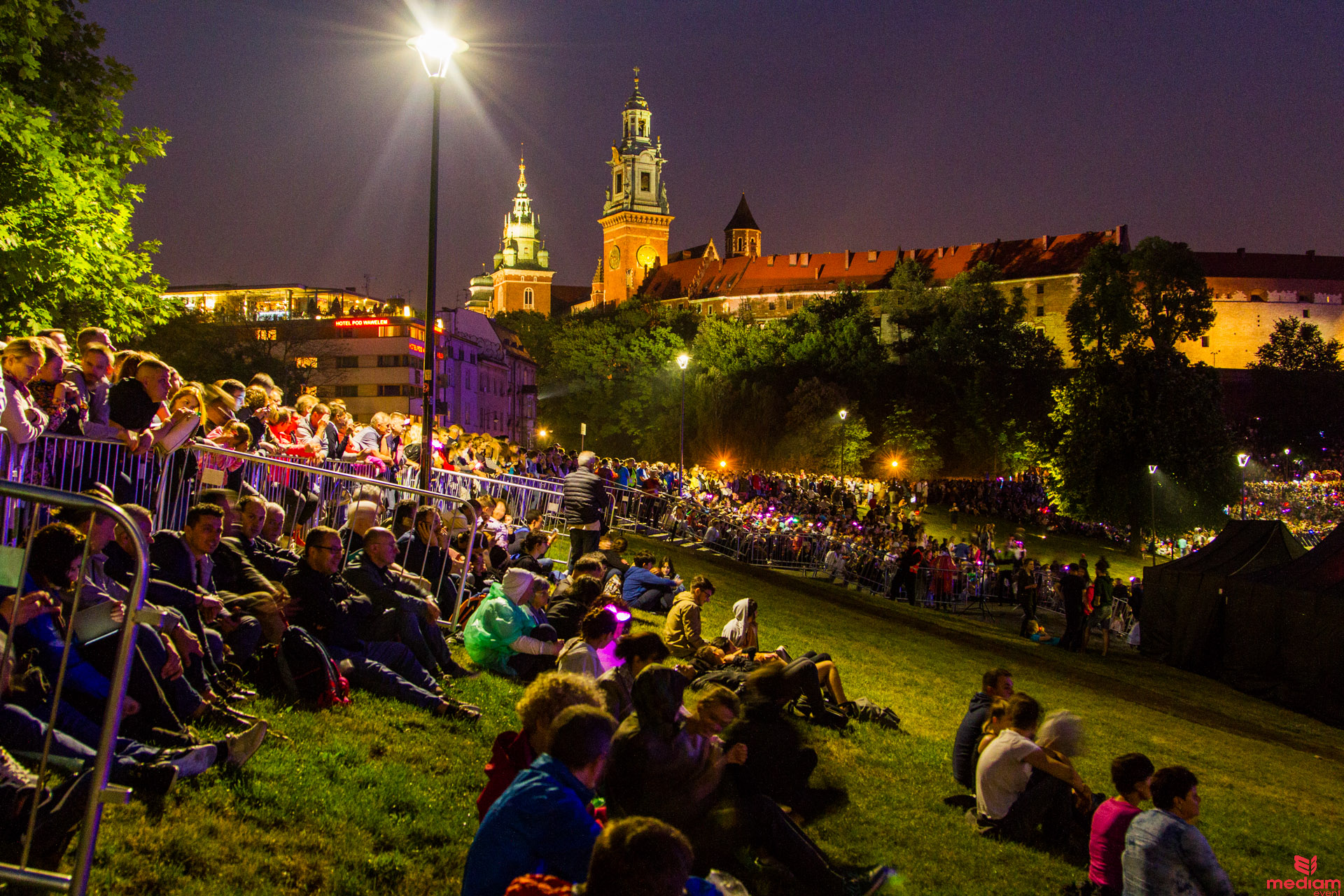 As each year, the Great Dragon Parade ended with the Great Wisła Outdoor Show. 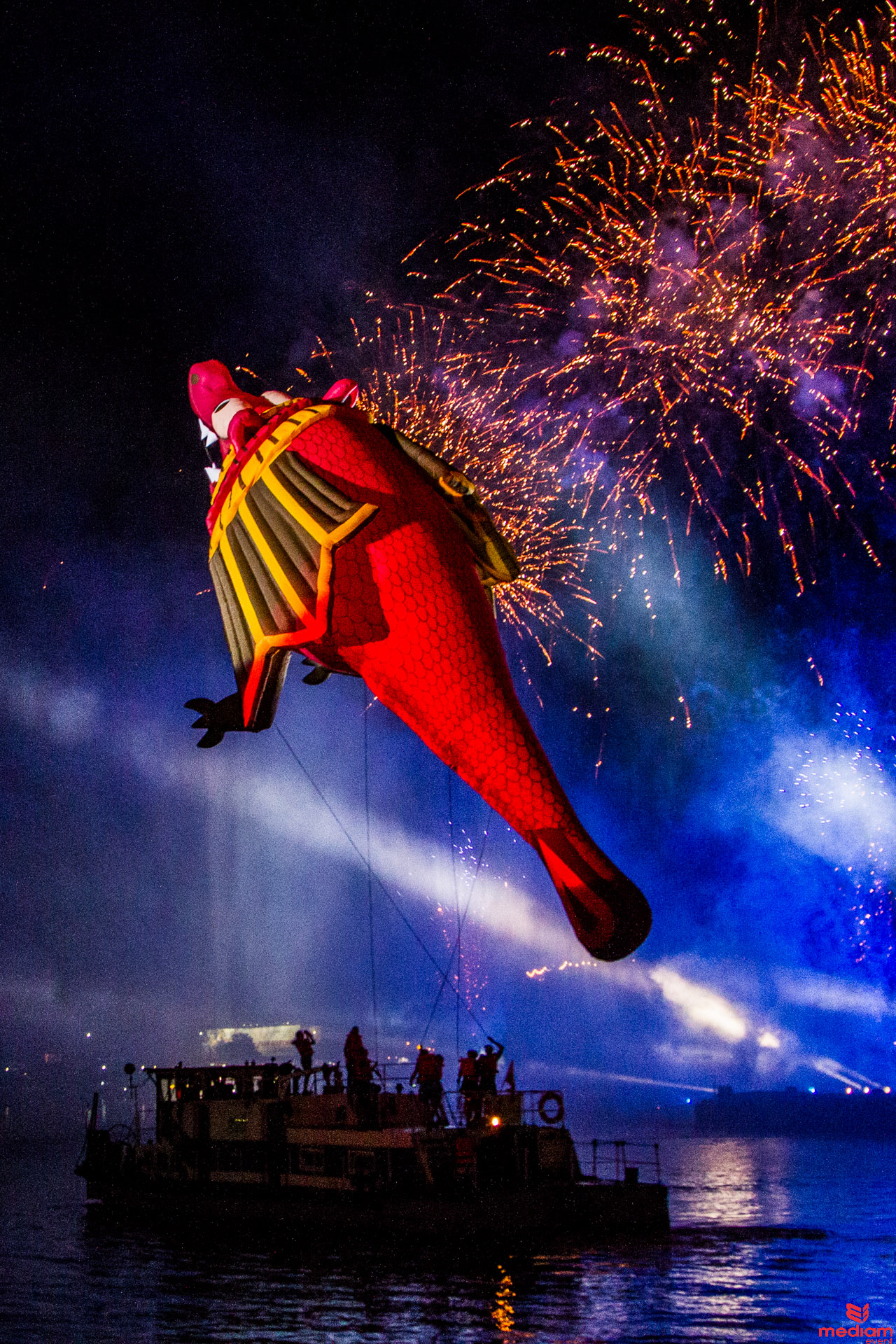 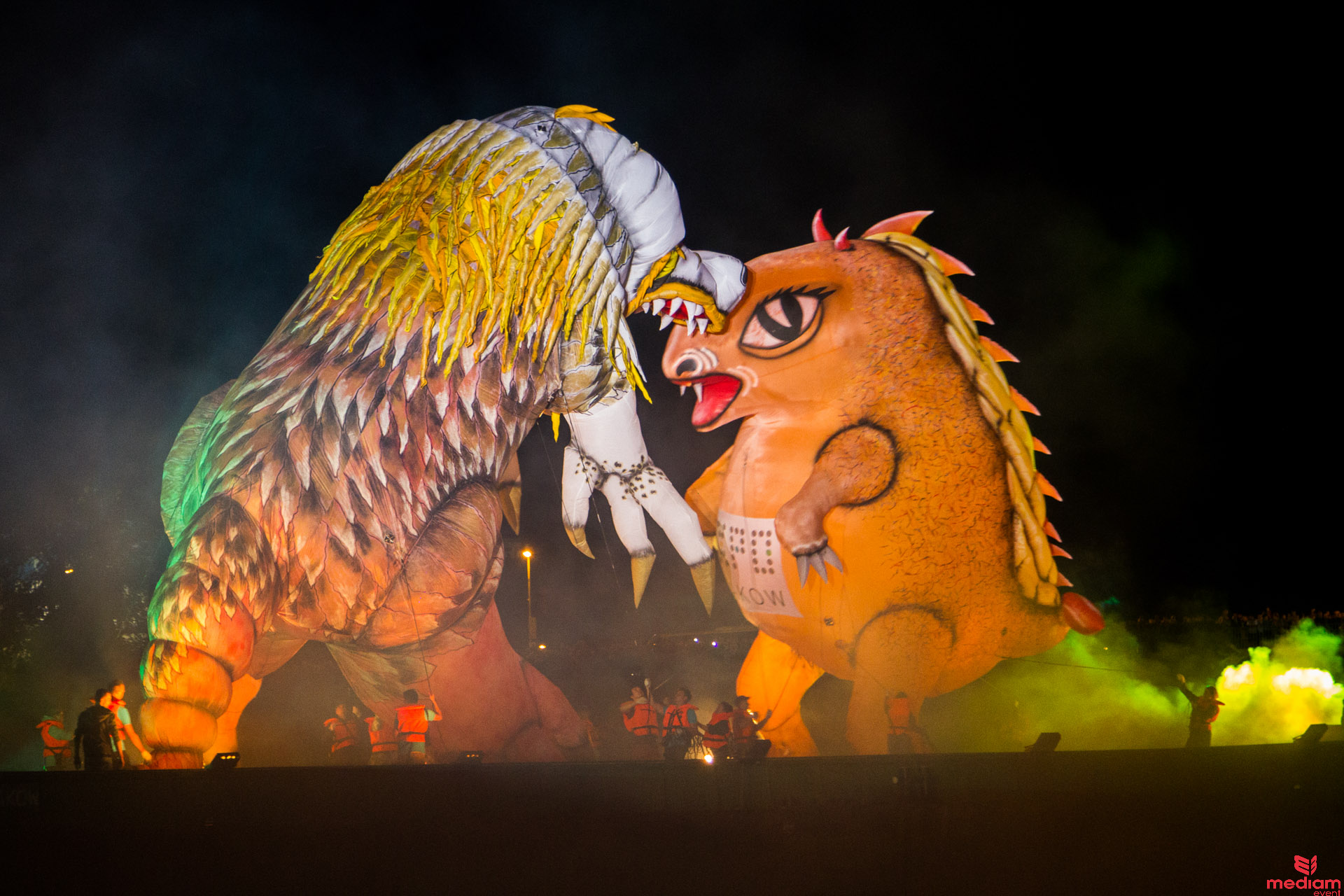 For the laser show prepared by MEDIAM, 20 W RGB lasers were used, as well as smoke generators of ROADIE type, floating on barges across the Wisła. 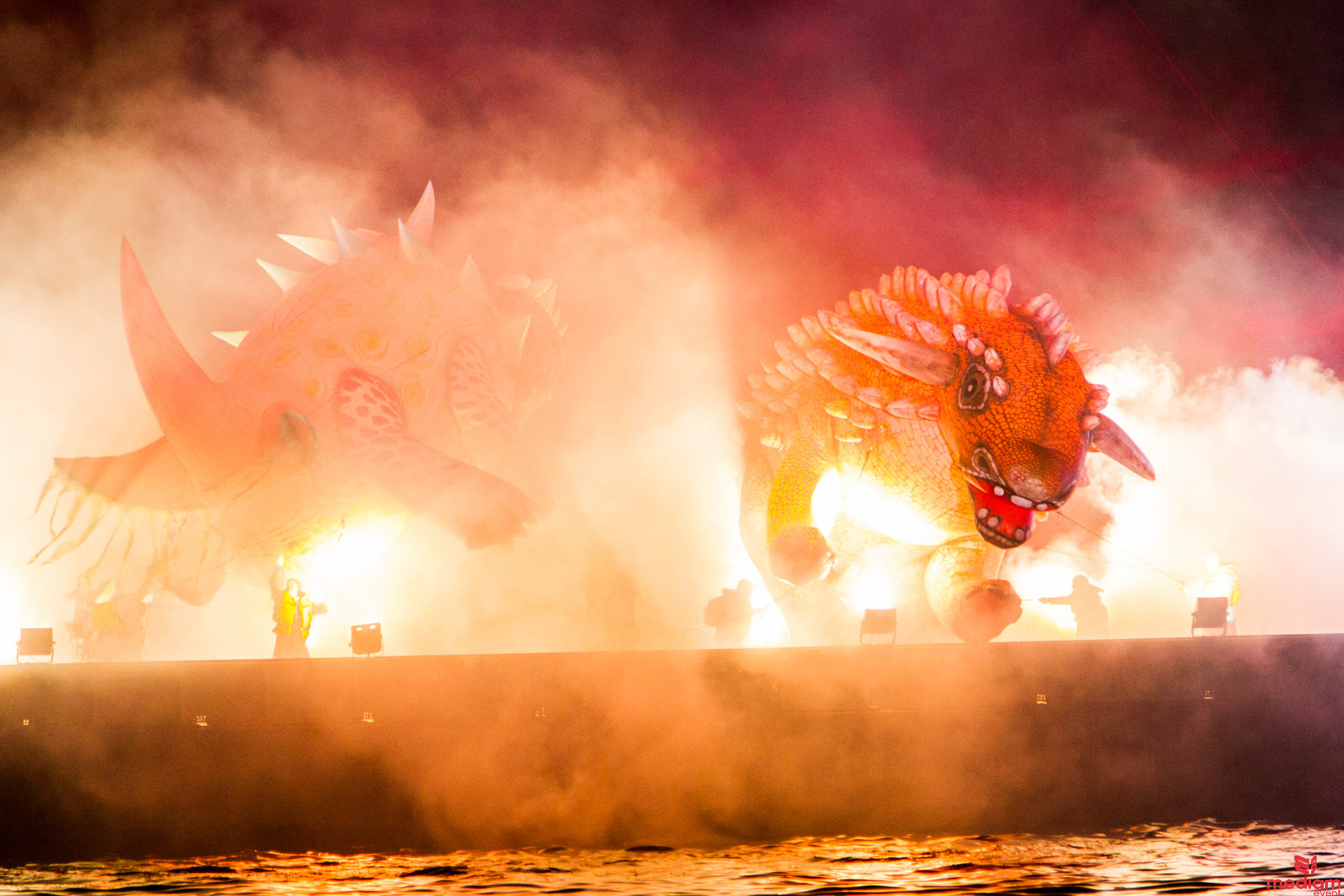 The unique light and sound show was prepared by the staff of Groteska Theater, MEDIAM and Nakaja Art working together. Twenty thousand guests form all over the country came to Cracow to admire the unique show including dragons, colors and lights. 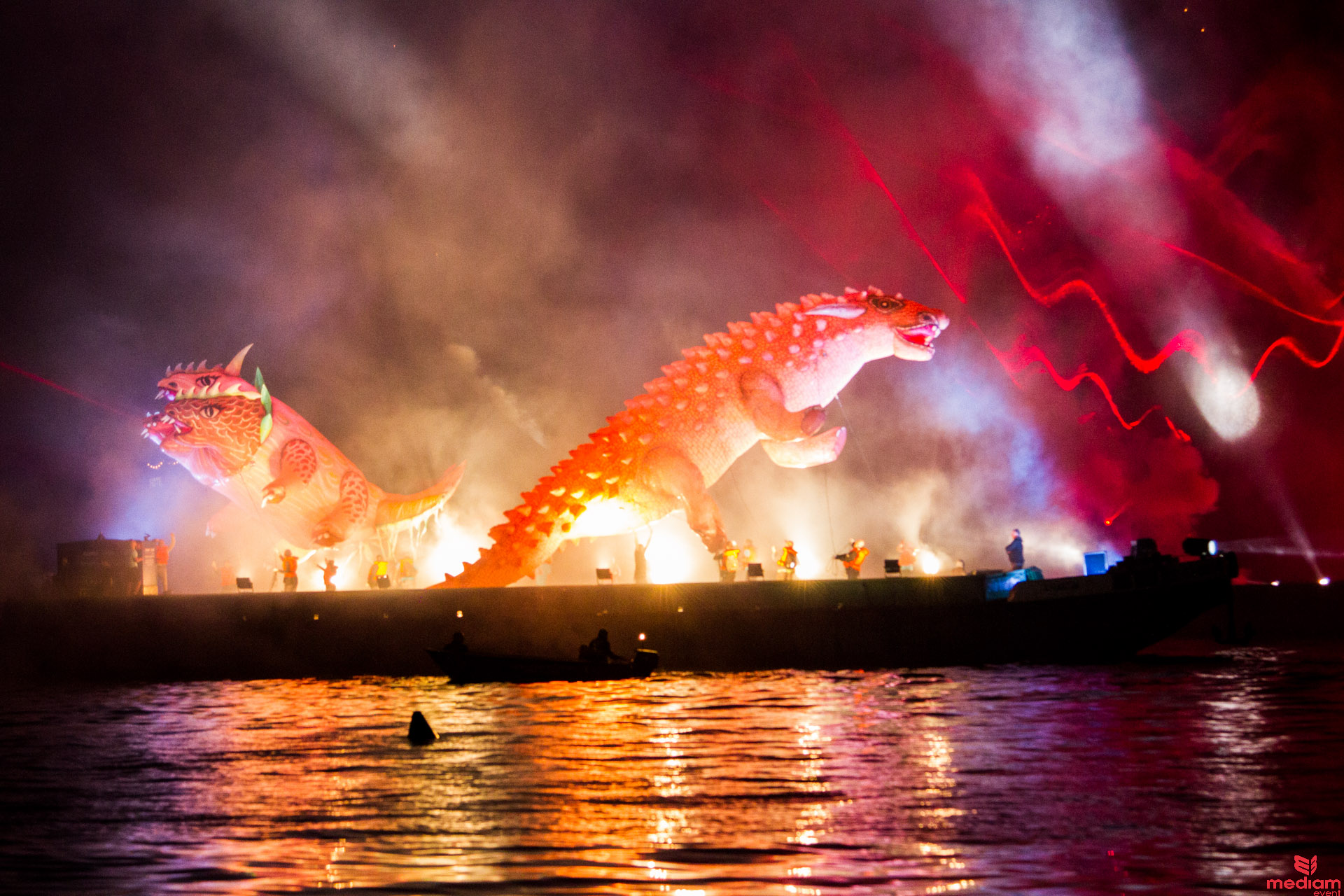 The cloudless sky was a beautiful background for the laser effects and accompanying visualizations. 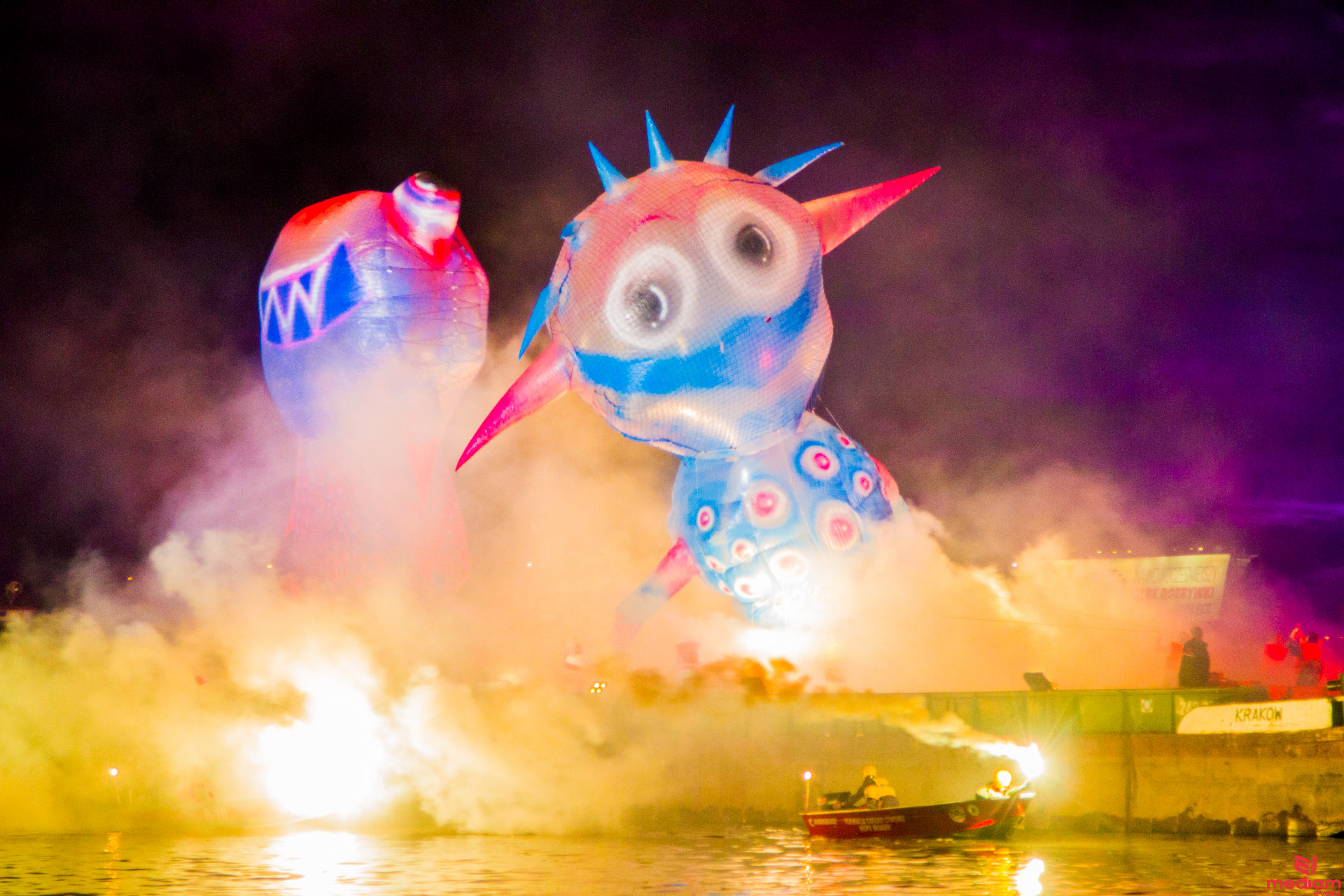 For the laser show prepared by MEDIAM, 20 W RGB lasers were used, as well as smoke generators of RAODIE type, floating on barges across the Wisła. Even though the parade itself is Cracow’s tradition, what was a complete surprise this year was the weather. Thanks to the exceptionally good aura, for the first time in the history of this event, during the Great Dragon Parade not a single drop of rain prevented the participants from fully enjoying all the attractions! 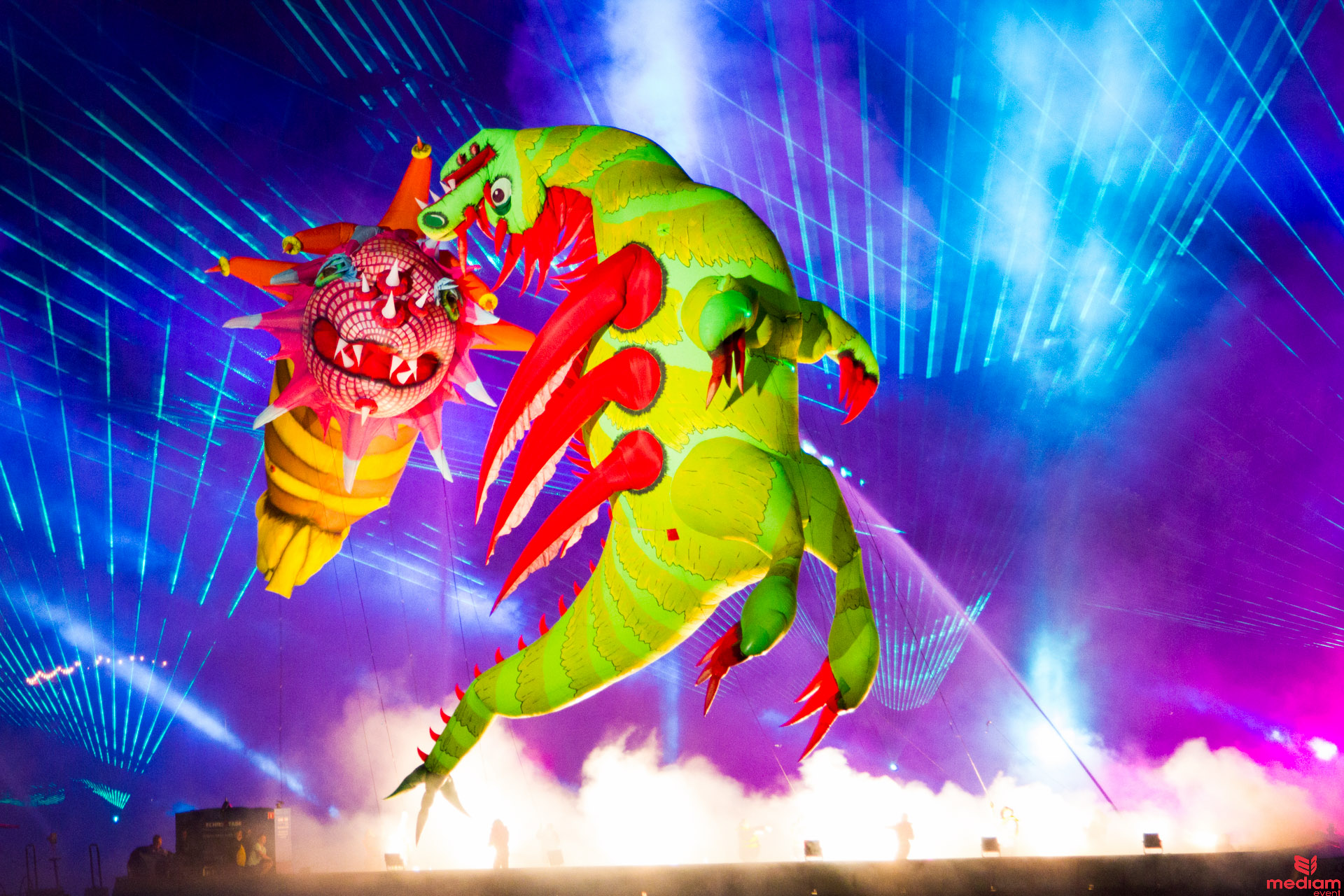